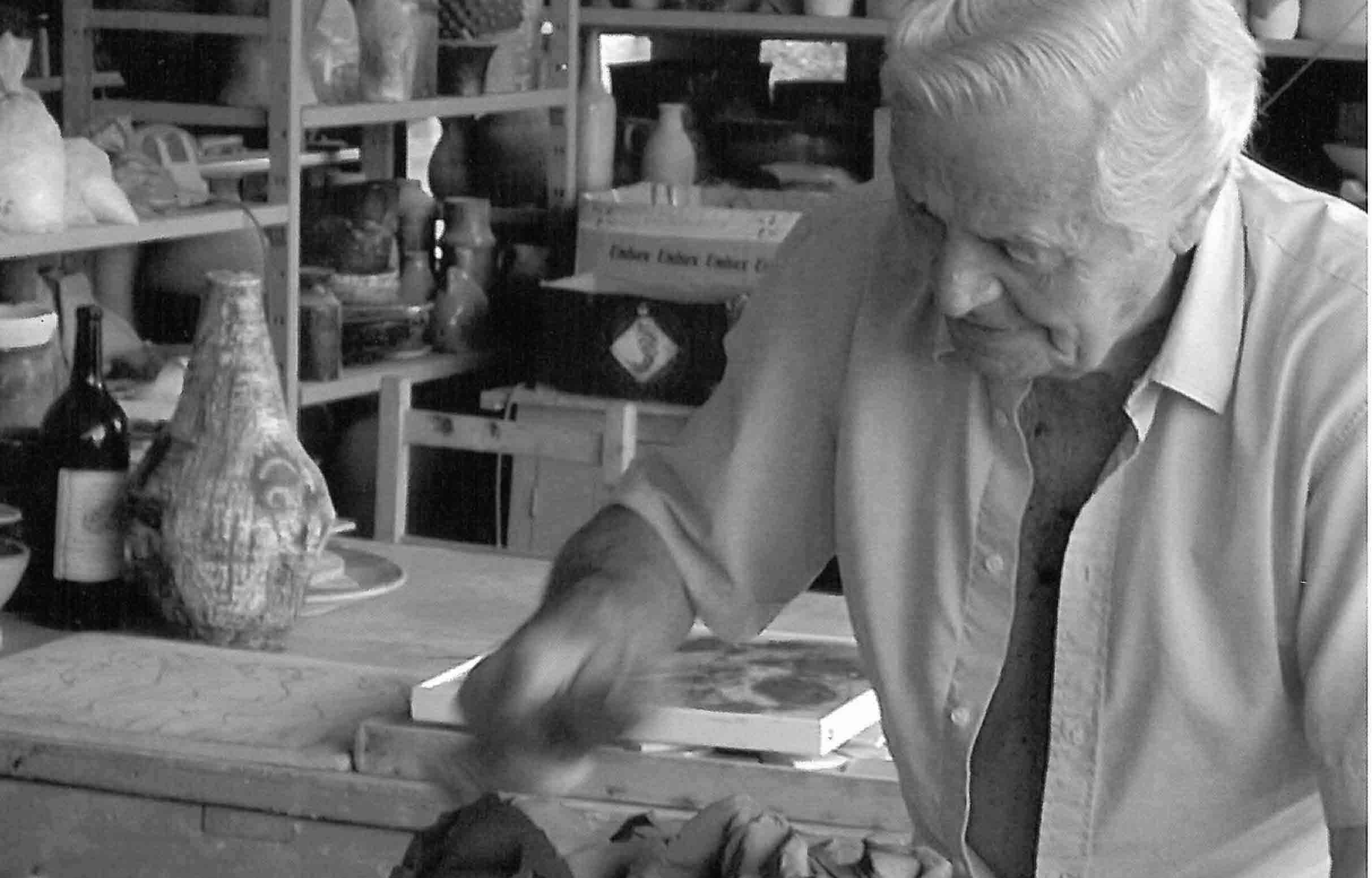 Born in Florence in 1915, Marcello Fantoni starts his artistic career in 1927 when he subscribes to the Art Institute of Porta Romana. He begins to follow the ceramic class of Carlo Guerrini, the artistic director of Cantagalli’s famous manufacture.

After his graduation in 1934, he starts to work as the artistic director of a studio in Perugia, before settling in Florence and creating his own ceramic workshop. His production of edition and unique pieces meets a great success from 1937 with the Arts and Crafts exhibition that made him well-known throughout all the country and beyond.

After the war years, spent in the Resistance, he comes back to his artistic activity with fever, developing his workshop’s production and increasing his collaborations. His success grows in the 1960’s and 1970’s: his unique sculptures adopt both a very contemporary aesthetic and historical references, such as the Etruscan ceramics, to which he gives a new approach of the material, colors and enamel.

In 1970, Fantoni founds the International School of Ceramic Art in Florence. It is there that he will pursue his work, production, and will teach, until his death in 2011.

Today, his pieces are part of the most important museum collections, such as The Metropolitan Museum in New York, the Victoria and Albert Museum in London, and the Tokyo’s Museum of Modern Art.